MTN Irancell, an associate company of MTN Group is pleased to announce the appointment of Dr. Bijan Abbasi Arand as its new Chief Executive Officer (CEO).

Dr. Abbasi holds a Post-Doctoral degree in Communication from Tarbiat Modares University where he is currently an assistant professor. He is one of the leading telecommunications experts in Iran and brings decades of experience in both the academic and commercial sectors.

He replaces Mr. Alireza Ghalambor Dezfouli who will take a well-deserved retirement having served as the CEO of MTN Irancell since its inception in 2005. Mr. Dezfouli has played an integral role in building Irancell into a major business serving more than 40 million customers and becoming the largest data operator in Iran.

MTN Group thanks Mr. Dezfouli for his years of service and congratulates Dr Abbasi on his new role.

About the MTN Group 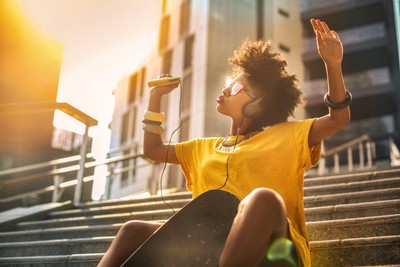 MTN Group’s newly acquired music streaming entity, Simfy Africa, has been given a welcome boost with the appointment of Oyebowale Akideinde as Head of Over the Top (OTT) Music Services. His appointment, effective 1 February 2019, will enhance the company’s digital music streaming services to its customers across Africa and the Middle East.

Oyebowale joins MTN from Boomplay Music where he served as the Regional Director for West Africa. His career spans over 17 years primarily in consumer goods, e-business, financial, media and digital sectors. He has also worked in IT, project management, strategy, product and business development, and marketing.

He holds an MSc in Business Information Systems from the University of Hertfordshire, a BSc in Computer Science from the University of Lagos and a General Music Studies Specialist certificate from Berklee College of Music. Oyebowale has also garnered a number of industry related awards and accolades throughout his career.

Commenting on Oyebowale’s appointment, Rob Shuter, MTN Group President and CEO said, “We are very pleased about Oye’s appointment as he brings passion and knowledge of the rich media industry, this will stand him in good stead to support MTN’s expansion of OTT digital services to our customers.”

MTN acquired Simfy, dubbed as Africa’s leading music-streaming business, in November 2018. It boasts a broad catalogue of music and access to more than 42 million tracks; the entity has also partnered with record labels and content distribution platforms such as Warner Music, Universal Music Group and Content Connect Africa to bring subscribers a wide range of music. Shortly after the acquisition of Simfy, MTN launched MusicTime! in South Africa, a service which offers users premium trending and locally relevant music.

We are understandably concerned about these developments and are engaging with the authorities to seek understanding that would lead us to resolving this matter.

To ensure business continuity, we have appointed Mr Gordian Kyomukama, currently Chief Technology Officer, as Acting Chief Executive. Our focus continues to be on delivering the best quality products and services to our customers.

MTN Uganda is fully committed to respecting and operating within the laws of the country.